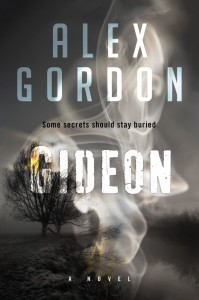 GIDEON is the story of Lauren Reardon, a young woman who learns after the loss of her father that she is part of a centuries-old battle between good and evil. This battle takes place in Gideon, Illinois, a small town inhabited by descendants of the Children of Endor, a sect of witches who believe that they have been empowered by the Witch of Endor to guard the “thin places,” areas where evil can more easily breach the divide between this world and that of demons and the restless dead.

“Alex Gordon’s impressive debut…delivers a fast-paced plot that makes you want to finish it in a day, even if you don’t have time.” —The Washington Post

“A seductive work of paranormal horror that will draw readers into its cold and gloomy world.” —Kirkus

“Most writers would kill (or, okay, maybe just maim) for a debut novel as electrifying as Alex Gordon’s Gideon.” —Romantic Times

“Crisp and shiveringly disturbing prose, a solid plot, and well-developed characters all make for a deeply satisfying read.”–Publishers Weekly

“With the pacing of a thriller, this debut supernatural tale does a solid job of portraying the menace of small-­‐town evil. While the demonic figure of Blaine is scary, the petty viciousness of the townsfolk is even more chilling. This will appeal to fans of books such as Katherine Howe’s The Physick Book of Deliverance Dane or Deborah Harkness’s A Discovery of Witches.”–Library Journal (starred review)

“A deliciously creepy paranormal thriller, GIDEON sucks you in one step at a time until you are well and truly caught in the story. Highly recommended.” –Anne Bishop, NYT bestselling author of WRITTEN IN RED 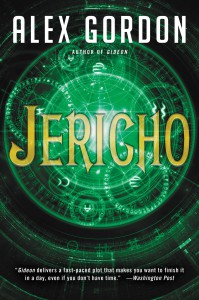 JERICHO continues the story of witch Lauren Reardon. In GIDEON, Lauren learned that there were many “thin places” in the world, and that she would be called upon to heal them and face the evil that sought to force its way through them into this world. When she takes a walk through the Gideon woods one day and finds herself in an Oregon forest, she believes at first that she is dreaming. But she knows that a witch’s dreams are harbingers not to be ignored, and she returns to the Pacific Northwest to learn the reason for her vision.

People had long whispered about the abandoned logging camp of Jericho, of the disappearances, the strange sounds heard in the woods at night. But the ghost stories and urban legends only hint at the evil lurking in the ruined buildings, the wooded trails, an evil with roots in both ancient times and a millionaire’s bizarre beliefs. An evil that Lauren never imagined could exist, and that she must face even at the risk of her life, and her soul.