…and I’m about two waves behind in wildflower reporting. 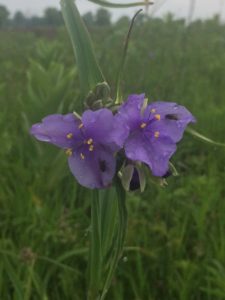 The most recent burst has been the spiderwort, a not-very-attractive name for a lovely flower. 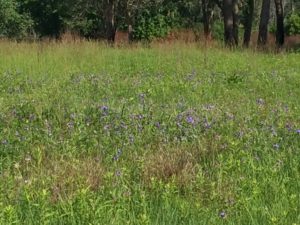 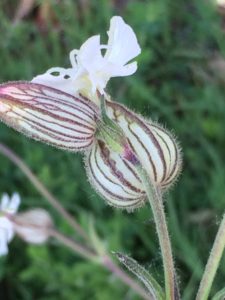 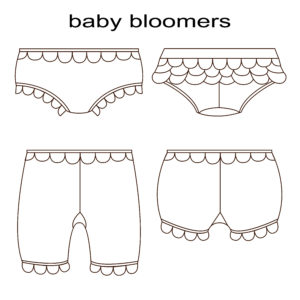 I’ve seen white campions for a few weeks now. I love the striped calyces. They remind me of old-fashioned bloomers.

Several of the plants I thought among the prettiest are considered invasive. They’re non-natives introduced from other continents for planting in gardens because they were attractive or, in the case of the multiflora rose, because they provided rootstock for more desirable roses. Now they compete with native plants and, in some cases, crowd them out. 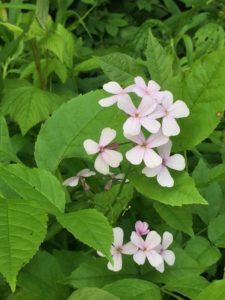 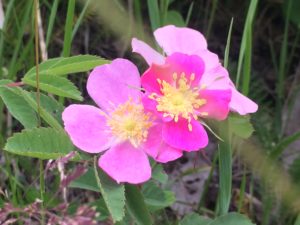 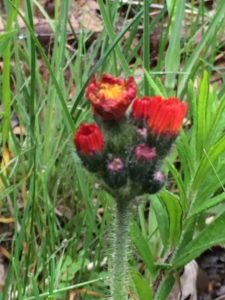 Fairly certain this is Robin’s plantain, a variety of aster. I love the faint violet blush. 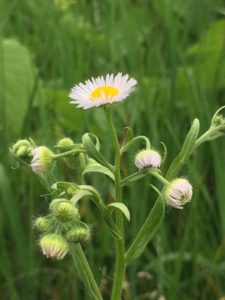 I find the yellow salsify so striking. It’s also called oysterflower because the edible taproot supposedly tastes like oyster. Hate to type it, but it’s considered an invasive weed in some areas as well. 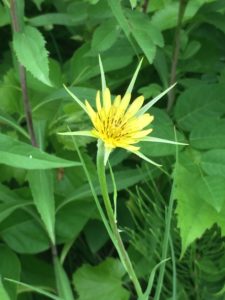 And finally, some coreopsis, which for a few short weeks seemed to be everywhere. They’re also called tickseed, which is just wrong. Given how buggy it’s been so far, I don’t need anything with “tick” in it. 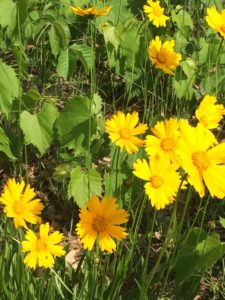 I took all these photos at Illinois Beach State Park except for that of the Dame’s Rocket, which I snapped while walking along a local wooded bike trail.