As the prolonged winter chill eases in fits and starts, the wildflowers are finally starting to appear here in far NE Illinois. They started slow–a hoary puccoon here and there, dappled trout lily leaves poking up through woodland detritus–but thanks to the sun and the occasional (still!) 80+F day, they’re making themselves known. 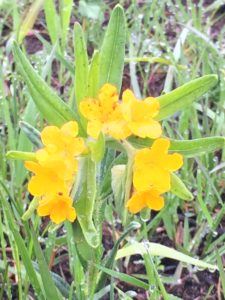 Said hoary puccoon, short–6 inches or so–sprays of yellow and yellow-orange in the open grasslands of the state park. I’m pretty sure that the proper name for those grassy areas is “oak savanna,” but I can’t say for sure. Still at the learning stage. 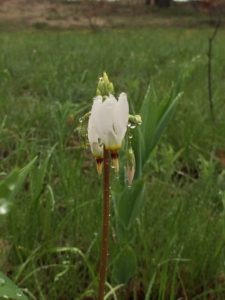 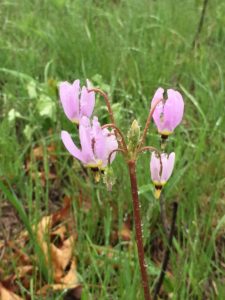 Shooting stars in the grassy areas leading into woods. The pink are more common. I was surprised to see a white one. It really stood out. 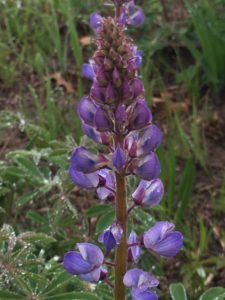 Wild lupine. It’s the only plant that can host the caterpillars of Karner blue butterflies, which are on the endangered species list because of the reduction in lupine habitat. 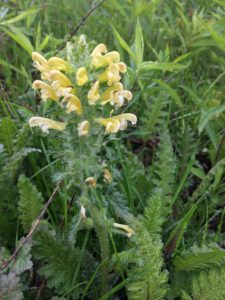 Wood betony, which has used in protective amulets and medicines for centuries. I encountered the pink variety more often when searching online for info, but there is a yellow variety and here it is. 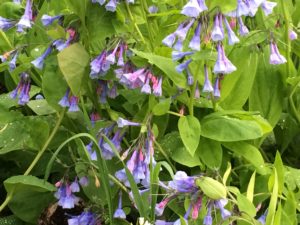 Into the woods now. I pass a clearing filled with Virginia bluebells when I walk Gaby. They’re mostly open now, making the clearing look like something out of  fairy tale. 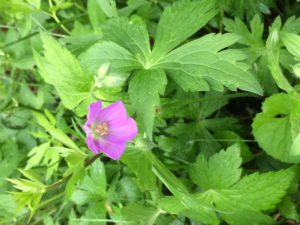 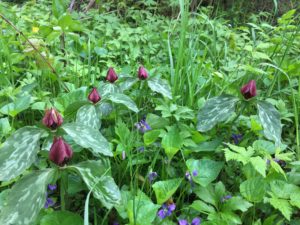 Wild geraniums are showing up, and the red trillium are finally blooming. 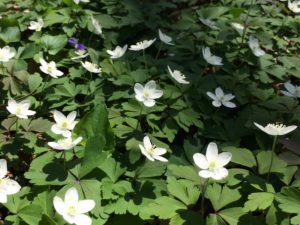 Wood anemone in my shady sideyard

I’m finding wood anemone in the woods now, but these particular flowers are growing in my shady sideyard, along with a few red trillium, clusters of wild violet, and Solomon’s seal (the false variety I think). I also had a boatload of trout lilies this spring, along with some clusters of marsh marigold. Ants bring in some of these seeds, and pollinate existing plants. I never realized the little suckers did that.

Spring is my season, especially the latter half. Foliage is bright, crisp green–or sometimes red, or pink–and everything is blooming. Birds are busy building nests, and baby geese swim with their parents in ponds and streams. It’s a time of fresh starts.

It’s also nice to be able to walk to the mailbox without having to bundle up. Sick and tired of boots and heavy coats.