My crocuses have finally opened!

Last I checked, only an inch or so of greenery had emerged. But then a mild warming trend settled in. Yesterday hit 60F, with more of the same today and tomorrow. 30s over the weekend with possible snow, which is why I’m going to leave the leaf cover in the shady sideyard until the temps moderate a little. I know there are trout lilies and other spring ephemerals there and I don’t want them to freeze.

On the other hand, I don’t want the leaf cover to smother them, either, so.

Anyway, crocuses! I love them all, but it’s nice to see the white striped ones, which seem to be multiplying. I used to see gold ones on occasion, too, but haven’t in a while. The squirrels like to dig up the bulbs and drop them elsewhere–I imagine some of the bulbs didn’t survive the move. 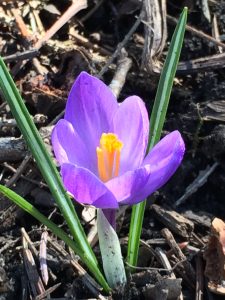 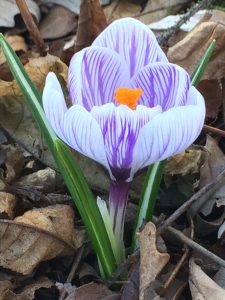 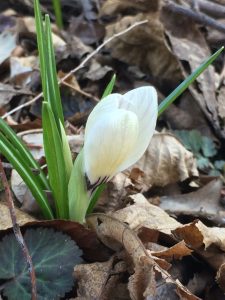 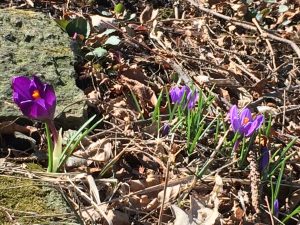