This past Monday, I dragged myself out of bed at oh-hell-thirty and drove to Tampa Int’l for my flight home from a writers’ conference. Even though I grumbled as I rolled my suitcase out to the rental car and headed out, I was looking forward to the trip. I’d snagged a window seat facing east, which meant I could watch the sunrise. 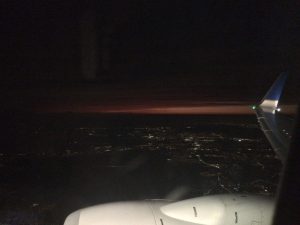 A few minutes after take-off 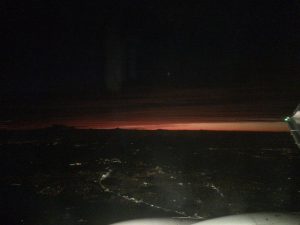 A few minutes later. Watch that tiny dot of light in the sky.

Planet-tracking. Venus remained in view for the dusk portion of the flight. Mars was there as well since the planets were in conjunction a few days before, but I couldn’t see it. 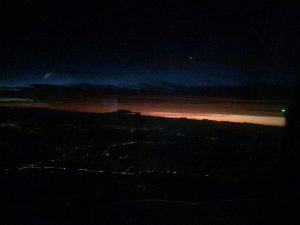 The dot’s much brighter now. 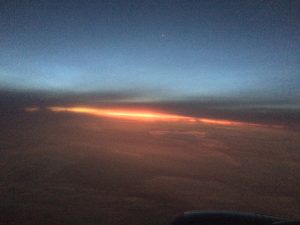 Venus faded as the sky lightened. 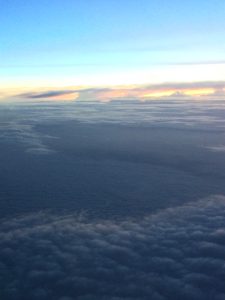 Layers of cloud forming a bowl

Wondering if these clouds were some portion of Hurricane Nate. The flight was bumpy at times, but nothing like I feared given that Nate had passed through there the day before.

I love spotting shapes in the clouds: 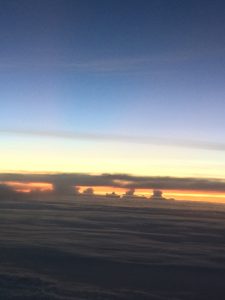 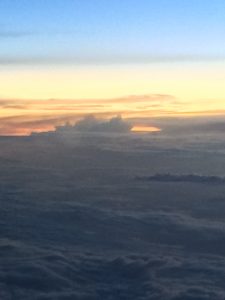 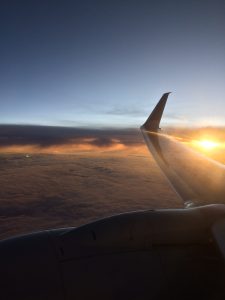 Sunrise off the starboard bow 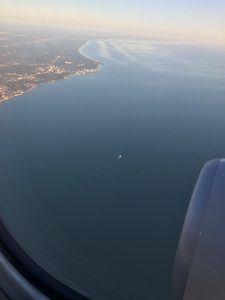 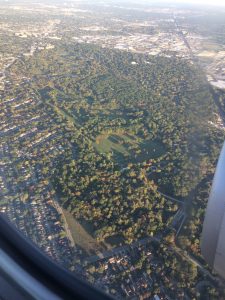 Home, with shades of autumn amid the green

A pleasant flight. I need to nab the window seat more often.