At the state park, ’tis the season of yellow, mostly. Asters of various types. including a ton of goldenrod. I tried to identify some of the plants , but I tend to photograph the flowers and ignore the leaves and stems, and sometimes the leaves and stems are important. 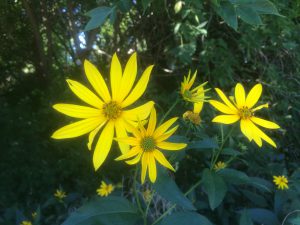 A type of rosinweed, I think.

Most of these plants are very tall–5-6 feet or more–and bursting with blooms. I know they’re shedding pollen like mad, but they’re still pretty. 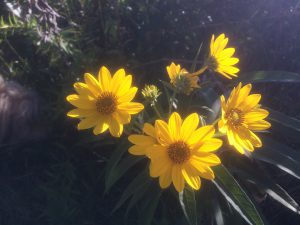 I think this is camphorweed

These little guys were growing on the beach, in the shelter of some driftwood. Pretty sure they are rough blazing star, which should grow 2-3 feet high…unless they are struggling for purchase on a stretch of rocky sand. 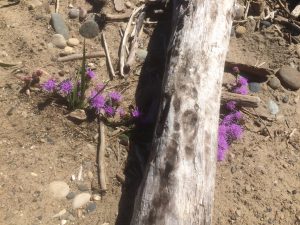 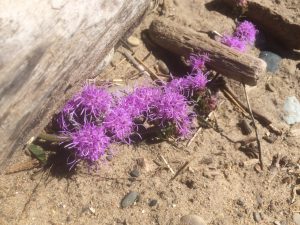 a close-up of one of the rough blazing stars

Finally, more asters. Could be frost asters, which sounds lovely. Or fleabane, which, not so much. They’re growing amid a tangle of grapevines, of which we have a lot around here. 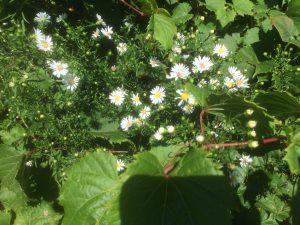 And that’s the wildflower report for the month. Here at the old homestead, the hardy hibiscus are blooming nicely, and still attracting bees and hummingbirds. 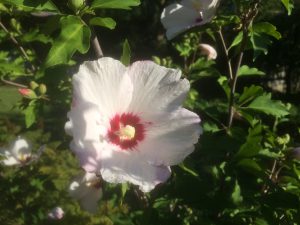 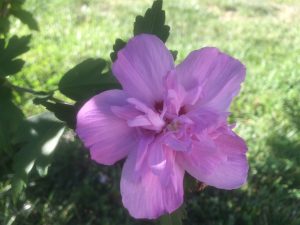 this one’s winding down

The begonias are giving it a last shot–whites have been blooming for most of the summer, but the magentas and pinks struggle in the planter, which is very well-shaded. So far, a few magentas have bloomed, and one or two pinks look like they still have some life left. Fingers crossed that they have a chance to bloom before the chill sets in. 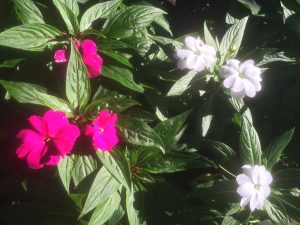 The hydrangeas in the shady sideyard are still blooming. The Annabelle stays white, while the Limelight starts whitish, then changes to pale lime. IIRC, last year’s flowers faded to pale pink, so I still have some color to look forward to. 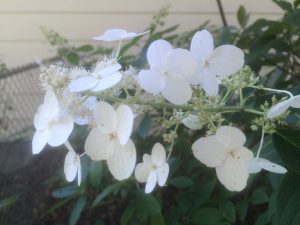 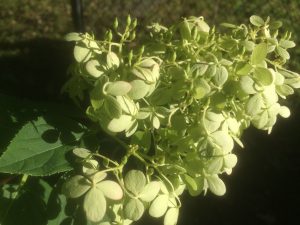 The hardy mums that I planted last fall are starting to open. Two bright yellows and a brick red or burnt orange–I won’t know until buds open completely. In the past, I had stuck mums in the planter, then dug them up after the frost killed them. Last year, Julie Czerneda suggested I plant them before the frost, so I did. Three of five plants survived, and look about ready to explode with flowers. 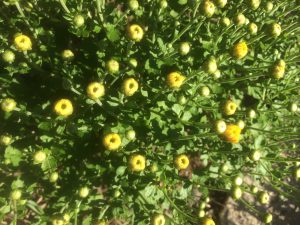 “Get thee to a mummery!”

And that’s it for flowers for now. I’m surprised that I still have so many plants still going strong. I’m glad–I’ll miss them come the chill.