…it has been a while.

Not much to report. Snow every few days, followed by shoveling. Bouts of cabin fever. 4-5 inches of weighty powder fell yesterday. Today, however, temps have reached the 40s(F), and there is sun. Stuff is dripping off the roof. I went out and got a massage, then had lunch. Amazing how revitalizing even a hint of Spring can be.

Gaby’s outside now, curled up atop a snowbank. Other times, she lurks beneath the bird feeder and waits for a squirrel to make a mistake. She’s nailed at least 5 that I know of since the first of the year. Buries them in the snow. I expect I will encounter them as the snow melts, unless night critters scavenged them. 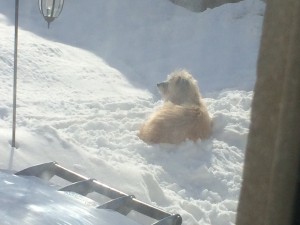 She is a Winter Dog. I let her outside yesterday before the snowing and blowing began, and after it started, she still did not want to come in. Instead, she curled up in the snow. I had to go out and leash her to get her inside. 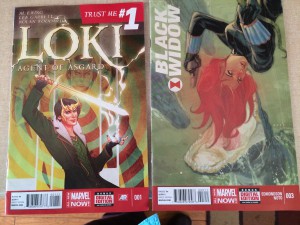 Fave song of the moment: After the Disco–Broken Bells. I have it on repeat on iTunes.